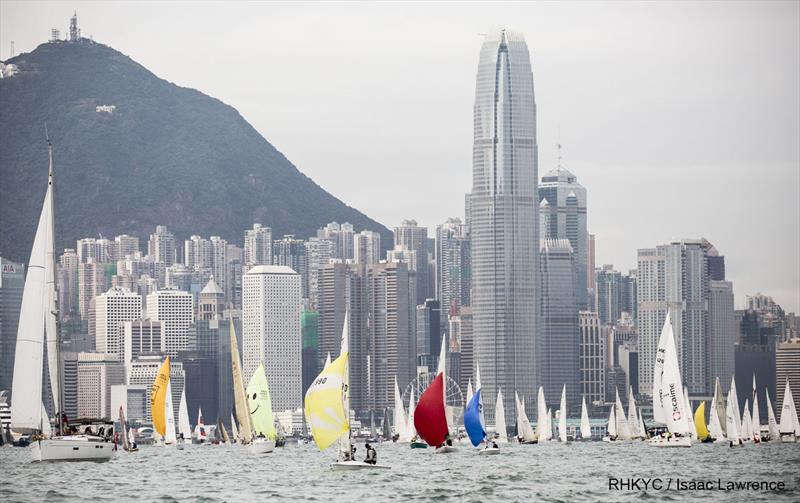 In Hong Kong everybody who could made the water, the sea their escape to somewhere calm, a place to relax and be lazy. Unless you were a sailor who liked to race. Then you raced locally every weekend or took part in the biannual ocean-going South China Sea race down to the Philippines.

There was a history of sailing for us, both brought up in Guernsey and a husband who had built a dinghy and a surfboard. He gazed at the sea and all the different yachts and yearned. He crewed for others and enjoyed warm water sailing after the briskly chilly English Channel. I pootled along, rather head in the air dreaming, as I trailed my hands in the water or lazily swam. One day, on a ferry going to an outlying island, someone asked me to buy a raffle ticket for the charity Adventure Ship. They were expensive $50 each. I bought one. I won. The single prize, a Ford Escort car. Which I didn’t want. So with a feeling of great benevolence it was sold and bought a boat. Not just any boat. A wooden gaff rigged yawl, probably made locally to an American design. SeaBird, not that easy to sail but a great joy and much coveted by those who appreciated a vintage yacht. One year in her class (which was the Portsmouth Yardstick) she won the Round the Island Race, a great victory for her skipper and crew.

Later, a trophy, a special prize was given in her name, the Seabird Horn. This was the klaxon from an Indian motorcycle taxi, mounted on a wooden panel. Awarded to the last boat to finish in the Four Peaks race, where boats raced from peak to peak with some crew climbing the peak and running back to the waiting boat, and so on and so on. Needless to say this was not my event at all. The romance of it all at distance was fine by me!